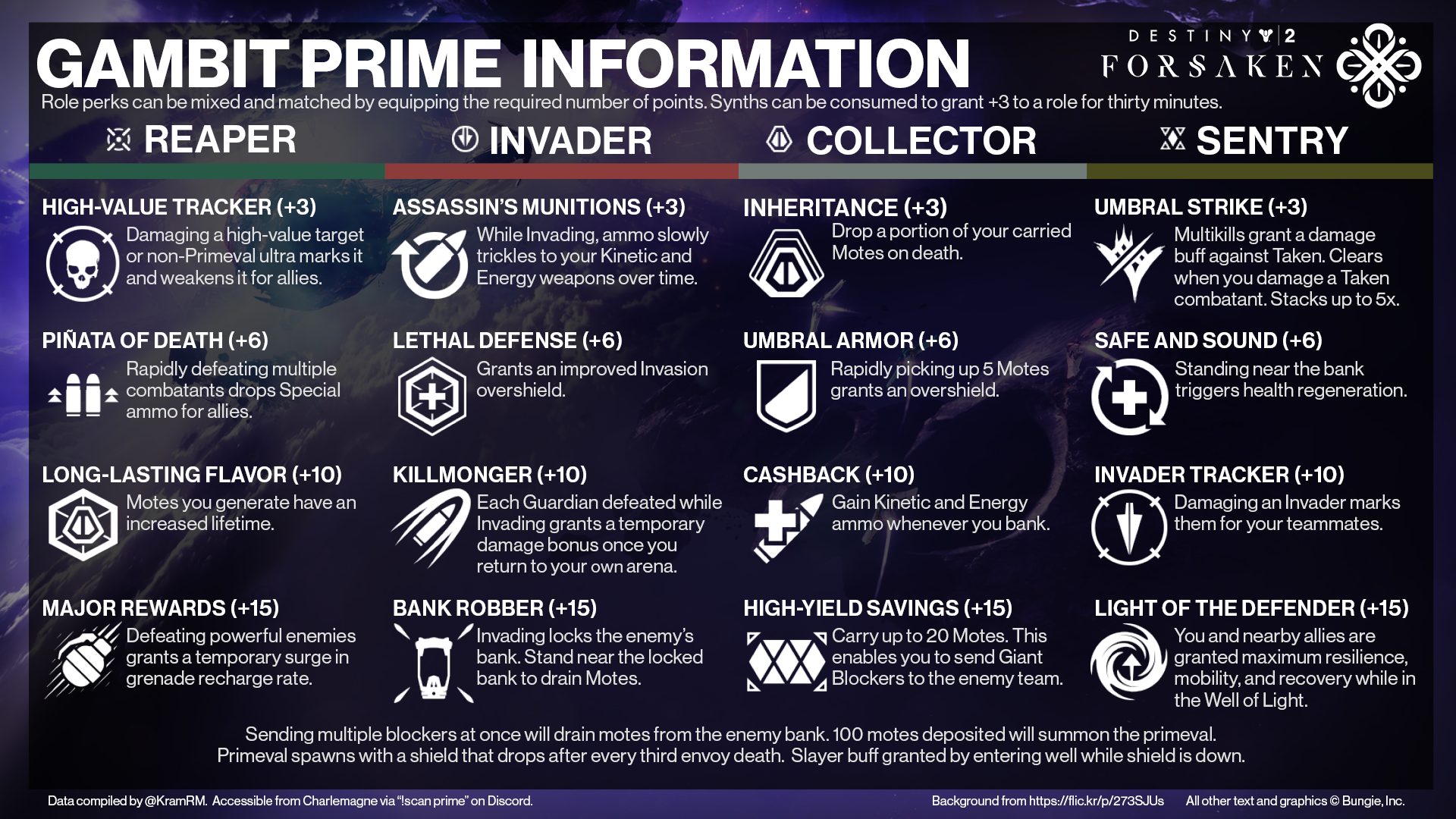 Gambit Prime is an evolution of the Gambit game mode released with Forsaken. The biggest change being the introduction of roles to grant special abilities based on armor worn. This special armor can only be acquired from completing the Reckoning activity. Access to both Gambit Prime and the Reckoning is granted after completing a quest from the Drifter.

Other rule changes include requiring 100 banked motes to summon the primeval (up from 75) and that sending multiple blockers at once will drain motes from the enemy bank and add them to your bank. Also, the primeval phase is slightly different in that the primeval spawns with a shield that drops after every third envoy death. When the third envoy is defeated, a well will appear. Slayer buff granted by entering well while shield is down.

The list below shows the four roles and the number of points required to activate the perk. You get points in one or more roles by either equipping Gambit Prime armor or consuming a Synth for a temporary boost, allowing for a max possible 18 points. You can mix and match armor from different roles to activate your preferred perks, though the more potent skills will require focusing on one specific role.