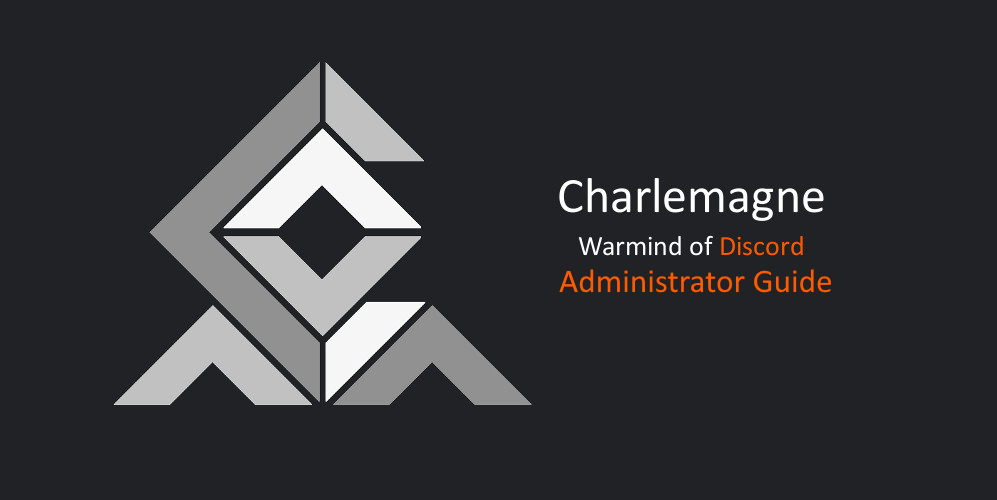 What is the GAME feature, and how do I turn it on?

Unlike the Warmind Destiny Autoroles, Charlemagne’s Guardian Activity Monitoring Engine (G.A.M.E.) combines Discord activity and Destiny 2 activity to award "Warmind Reputation" points to guardians. She can then assign Discord roles based on the reputation level of users. This can be a way for clan/server admins to keep track of members' overall activity levels.

The first step in this process is to turn on Charlemagne’s GAME feature by typing !server game so members can begin earning Warmind Reputation.

Once you GAME enable a server, members will start to earn Warmind Reputation based on:

Each level requires more rep than the last, though the rate of leveling up is a closely guarded secret.

What are GAME Seasons?

When activating !server seasons on your server, Charlemagne will keep track of when reputation is earned so that the following will happen:

Resetting the Warmind Reputation each season can be a tool for clan administrators to gauge member participation.

How do I receive notification when someone levels up?

How do I see what my Warmind level is?

To see where you rank with the Warmind, type !rank warmind. If you want to see a subset of points earned, you can use one of the following filters.

To see where other members stack up, you may type that command followed by their @username, if registered. For example: !rank warmind @LoraTheXplorer. Reputation leaderboards are NOT affected by !sever rank clanfilter command. This is intentional so that it can be used as a tool to evaluate potential incoming clan members.

How do I get Charlemagne to automagically assign roles based on Warmind XP?

Once you have turned on GAME, you may then assign roles to be automatically awarded when server members reach a designated reputation level. Roles must be setup/created prior to assignment. Once the roles are created in Discord, in order to have them assigned, use the !server game role command and choose which levels you want to award your chosen roles.

Since each subsequent rank requires exponentially more Warmind rep you will find that the first few ranks are very easy to achieve. You may want to give GAME a few weeks or even a full season to see how your server member progress through the ranks before determining which ranks to assign roles to.

Note: AutoRoles are NOT retroactive. If you enable roles after users have already received Warmind rep, guardians will not be assigned roles until they reach the next assigned role level. Also, every level up after enabling the roles does not trigger role checks. Assume you have roles configured for 3 and 8 and a user is at 5 (you'll have role 3 at that point). If you then add a role to level 4, nothing will happen until level 8 for that guardian.

If a level does not contain a role, no role management is done. This means if you are at 3 and add roles for 2 and 4, role 2 is not added and when they get to 4, they are only given 4.

Admins can manually assign the roles if desired, and Charlemagne will take over from there.

Can I link Warmind Autoroles?

You don't need to. Lower roles will be removed as users move to a higher role.

How do GAME roles behave at season rollover?

Everyone has their own approach as to how they want their server to handle seasonal GAME roles. Some view it as a record of the highest level achieved in a specific season and do not reset them. Others may want to reset the roles completely and start fresh each season. If you have seasons mode enabled, all of your members' Warmind rep will reset at the start of a new season, but this will not automatically reset assigned roles.

Since GAME autoroles only give the next highest role, in order to start over for a new season, you will need to remove and recreate the !server game role assignments. A suggestion to this is that if you are assigning roles based on GAME rank, include a season indicator in the role name and create new roles each season. This will give you a way to honor members for past participation. If you don't want to keep historical roles, you may want to create new roles, reconfigure those role for GAME, delete the old role to remove from all guardians.

How are "Days Idle" calculated on the Warmind Rank leaderboard?

There are two different ways to see member activity. To see the days a member has been idle, call up the leaderboard mentioned below and click the link to open the web site for the full leaderboard.